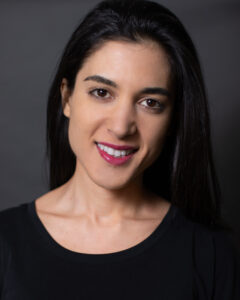 Hi, I am Ipek. I am an Assistant Professor within the Department of Artificial Intelligence and Human Health at the Icahn School of Medicine and Hasso Plattner Institute for Digital Health at Mount Sinai. Previously, I was an Associate Research Scientist at the Data Science Institute at Columbia University in New York City. My research program focuses on mHealth and machine learning-based approaches to develop clinically relevant, ecologically valid digital patient reported outcome measures, and tools for chronic symptom self-management, grounded in women’s health conditions. (photo credit: Pam Pasco @pamashley)

My training background spans both patient-oriented clinical research (in the lab) and data-oriented approaches to ambulatory (out of the lab) measurement, estimation and prediction of physical activity, sleep, physiological outcomes (e.g., heart rate, blood pressure), and psychological outcomes (e.g., stress, depressive symptoms). I evaluate these behavioral outcomes both from the perspective of the patient (e.g., intervention delivery), and from a data architecture perspective (e.g., use of appropriate trackers, extraction and summarization of mobile data). My research revolves around the philosophy of “digital data for good”- maximizing the health benefits provided to the user/patient from their digital data obtained through in-the-wild sensing and self-tracking via mHealth apps. This involves taking a user-centered approach to the design of the mHealth technology, as well as provision of interpretable communication of their digital data. I advise graduate students on wearable/mobile data-related research, and lead various STEM and data science-centered community outreach events (Citizen Science Interactive).  In 2020, I collaborated with Camille Hollet-French, a Vancouver-based filmmaker, to make a film about endometriosis. The end product is ENDOMIC (@abloodycrisis), which had its world premiere at the 2021 Slamdance Film Festival.

I use informatics and data-driven approaches to delineate symptom trajectories in diseases with a dynamic course (e.g., endometriosis, multiple sclerosis), and identification of self-management approaches for their effective management…

As a trained kinesiologist, a focus on physical activity and its health outcomes is a central theme across my projects…

[1]term used to describe a clinical etiology that thus far has only been identified in primates with a female reproductive system, an anatomical structure of decidedly lower importance in comparison to those of the male primate.

In the fall of 2020, I participated in the 13th Annual Imagine Film Festival’s Symbiosis short film competition. I partnered with Camille Hollett-French to make a film that expresses our frustrations about endometriosis from multiple perspectives. Camille is a Vancouver-based filmmaker who herself has endometriosis. The end product is ENDOMIC, a “documentary” through the lens of satire about modern medicine’s and society’s take on endometriosis. Using a mock-meets-doc format, the film weaves in real patient experiences in parallel with a narrative exploration of its history in the scientific literature, disparities in diagnosis and treatment, and lack of research funding, to raise awareness and help sense-making for patients. 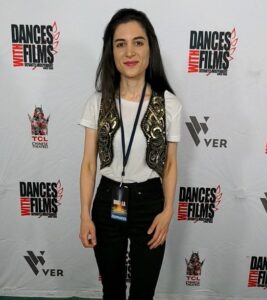 ENDOMIC is unique in several aspects. First, we crafted its satirical story-telling using content from published peer-reviewed research and real patient experiences (even though some of them sound fictional at times!). Next, it features some of my most recent academic work demonstrating how mobile health technology and direct patient input can be used to improve our understanding of endometriosis. The film also discusses inclusive medicine and healthcare, a first in this realm, and about a third of the production and acting crew include members with endometriosis in real life.

I teach, advise students and direct a range of research programs as a part of my academic appointment.

I am the director of the DSI Scholars and Data for Good Programs, which aim to engage Columbia University’s undergraduate and master’s students in data science research through internships. The Scholars program connects students with research projects across Columbia and provides student researchers with an additional learning experience and networking opportunities. Through unique enrichment activities, this program aims to foster a learning and collaborative community in data science at Columbia.

The Data For Good program connects student volunteers to organizations and individuals working for the social good whose projects have developed a need for data science expertise. As “real world” problems with real world data, these projects are excellent opportunities for students to learn how data science is practiced outside of the university setting and to learn how to work effectively with people for whom data science sits outside of their subject area.

Citizen Science Interactive:  I direct this Data for Good Project and work with Jordan Siff, a graduate student in Biostatistics also at Columbia University (more info). CSI is a dashboard we designed and developed that aims to facilitate graph literacy and data science skills teaching by integrating topics from environmental sciences. The crosscutting disciplinary approach is further in line with the Next Generation Science Standards.  For more information on the dashboard, you can check out the project’s Github page. The project is conducted as a part of a research collaboration with Cassie Quigley, Holly Plank (University of Pittsburgh) and Aileen Owens (EdTech Inc). Our first demo is being held in October 2021, through a workshop with classroom teachers. This project is an extension of the interactive data science education tool I developed with a team of graduate students back in 2019 (see News and Events for more details). For more information on the history and trajectory of this collaboration, you can check out DSI’s feature article.

Past professional activities and former students: 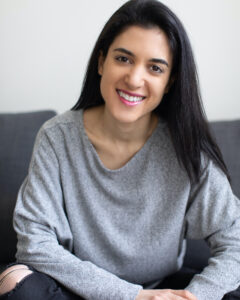 If you would like to contact me, you can reach me via Linkedin or my email at ipek.ensari@mssm.edu.